System Testing is one of the Software Testing levels, in which the complete integrated system is tested to verify its behavior against specified requirements. The below are few points, which help you in understanding System Testing in more detail: 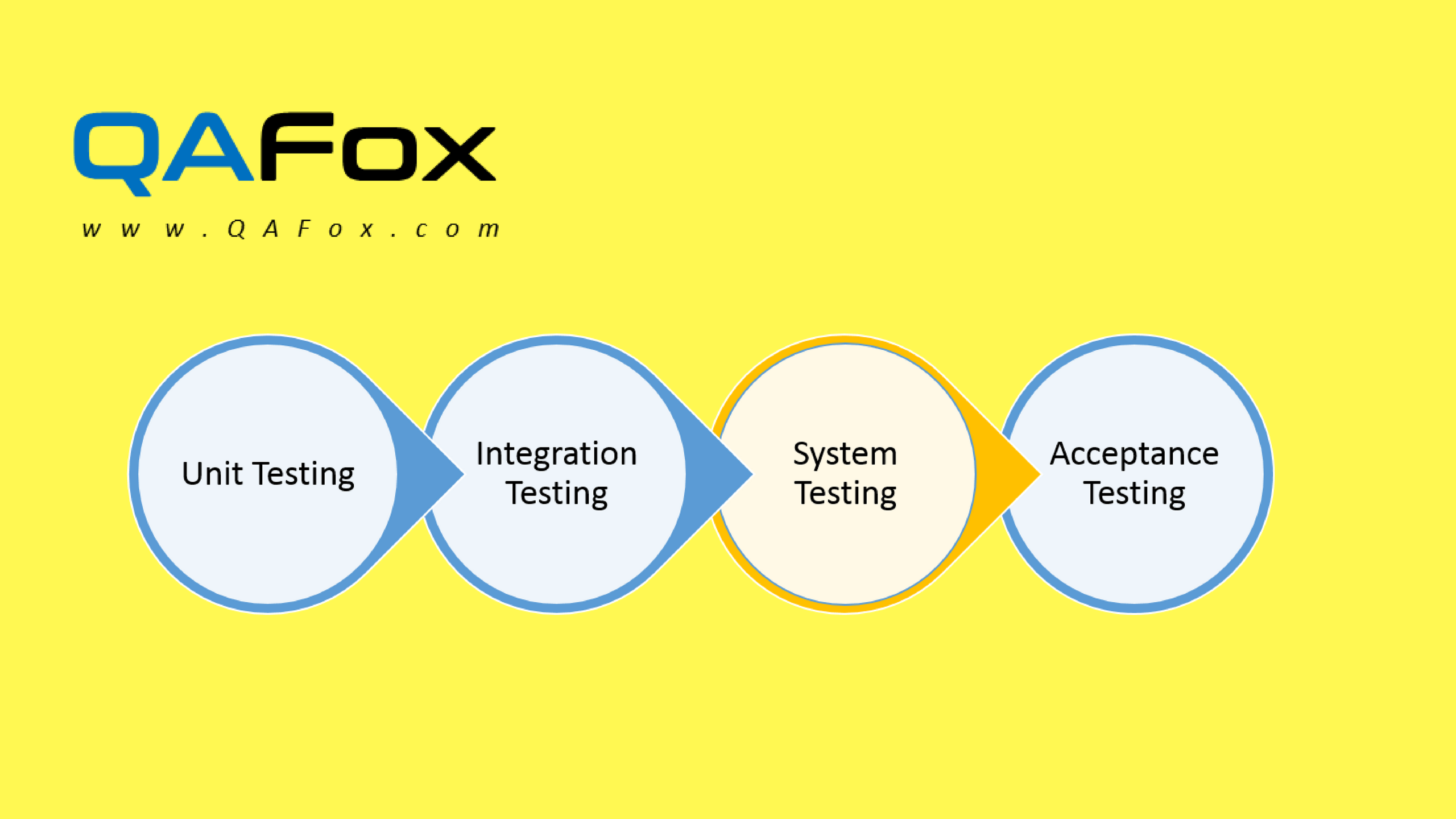 Real world example: Let’s take an example of a mobile phone, where the individual units like Touch Screen, Battery, Camera, Music system etc are unit tested separately. And later the Integration testing is performed to check whether the two or more units are working together. i.e. As part of Integration testing, the Camera and Music system are combined together to check whether taking a picture is making capture sound or not. And later as part of System testing, all the units like Screen, Battery, Camera, Music system etc. are combined together to form the completely integrated mobile phone and verified against the specified requirements.
Types of System Testing: As System testing involves both Functional and Non-Functional testing, the below are the major types of testing which can be performed as part of System Testing. 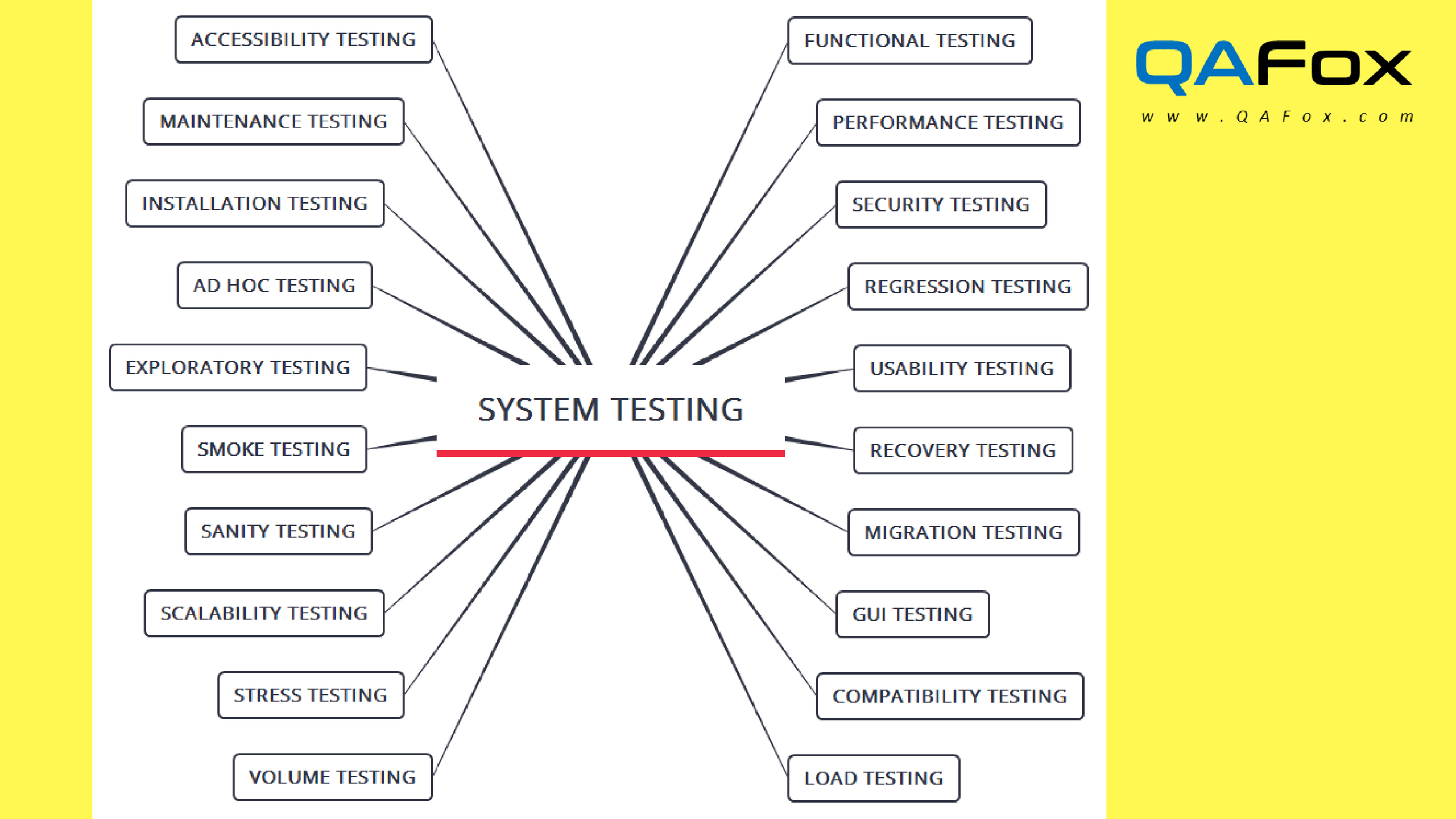 Conclusion: System testing is the third level of Software Testing, where the fully/completely integrated system is tested from outside to verify its behavior against specified requirements.