By: Arun Motoori|In: Selenium
Methods
In Java programming, programming logic needs to be written inside methods:

Variables
Variable is a name provided to a reserved memory location. 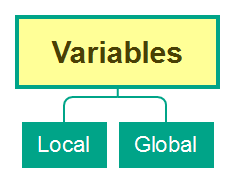 Inheritance is a mechanism in which one class acquires the properties (i.e. variables and methods) of another class