In this post, I will explain the next topic in the ISTQB CTFL Exam Syllabus i.e. ‘Testing and Debugging’ topics in terms of ISQTB CTFL Exam point of view.

All the points in this article fall under the Knowledge Level – K2 category of ISTQB CTFL Exam (i.e. We just need to understand these topics, and no need to by-heart or remember any topic in this article.)

In this example, I will practically show you the below things:

Lets take the below requirement:

Requirement:  The Web Application Under Test should be compatible with both Desktop Browsers and Mobile Browsers.

For Testing the above requirement, we can come-up with good number of Tests dealing with multiple browsers in Desktop OS’s and Mobile OS’s and Devices. As a sample, I am taking the below Test to demonstrate:

Test Steps: The following are the different Test Steps for testing this Test Scenario:

On testing this Test, the tester has found a failure on the Home Screen of the Application i.e. ‘Round Trip’ text for the second radio option is losing its alignment when viewed in Mobile view as shown below: 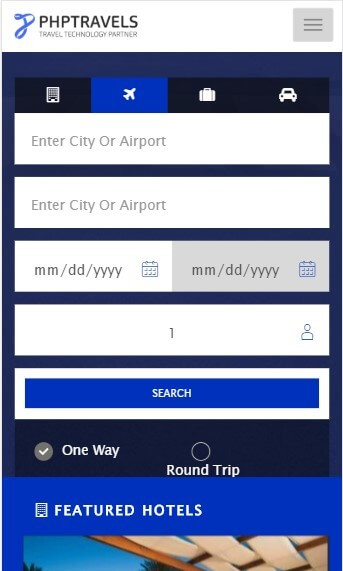 Now the tester will fail the Test under Execution in his Tests checklist and report a defect by documenting the above observed failure details as shown below:

Defect Title: [Android – Chrome] ‘Round Trip’ text for the second radio option on the Home Screen is losing its alignment when viewed in Mobile view

The following are the steps to reproduce this defect:

Expected Result: ‘Round Trip’ text on the Home screen should be aligned properly with the second radio option in the Android Chrome Mobile view.

Actual Result: ‘Round Trip’ text on the Home Screen has lost its alignment when viewed in the Android Chrome Mobile view as shown in the below screenshot:

Apart from the above, we can add more details in this defect report. As we are in the beginning state and I don’t want to complicate this topic, I have decided to explain the additional details to be added in the defect report in the upcoming ISTQB CTFL Tutorial topics.

Now, we have understood what exactly is meant by Testing. Lets move to the next continuation topic i.e. Debugging.

Once the defect is identified and reported by the Testers, it will be transferred to the Developers of the Application under Test.

Developers will start Debugging the received defect, to figure out the root cause of the defect and followed by fixing it.

Hence Debugging is the step by step process followed by the developers to find the root cause of the defect to remove it from the application source code (i.e. defect fixing).

Let’s say we have reported a defect stating “Welcome to QAFox” message is getting printed on the Application infinite times, instead of only 10 times.

Now the developer will start debugging the code related to the defect as shown below:

1) Let’s assume that the following is the code written by developer for this feature: 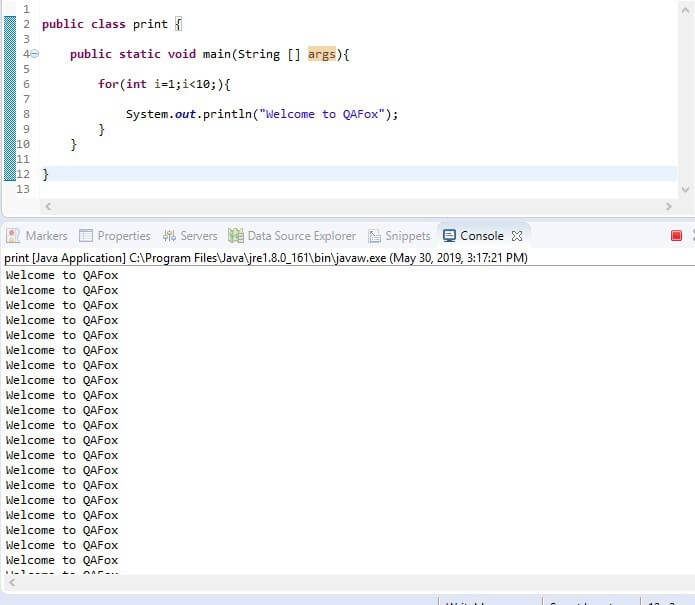 2) Developer reads the defect report and examines the above program to reproduce the defect at his end. Lets say the defect has been reproduced and the “Welcome to QAFox” is being printed infinite times instead of 10 times.

3) Now the developer start looking at the program code and decides to debug the code for fixing it. Debugging process followed by him will be explained in the below steps:

4) First, the developer marks the break point in the code with an intention of finding the root cause of the defect: 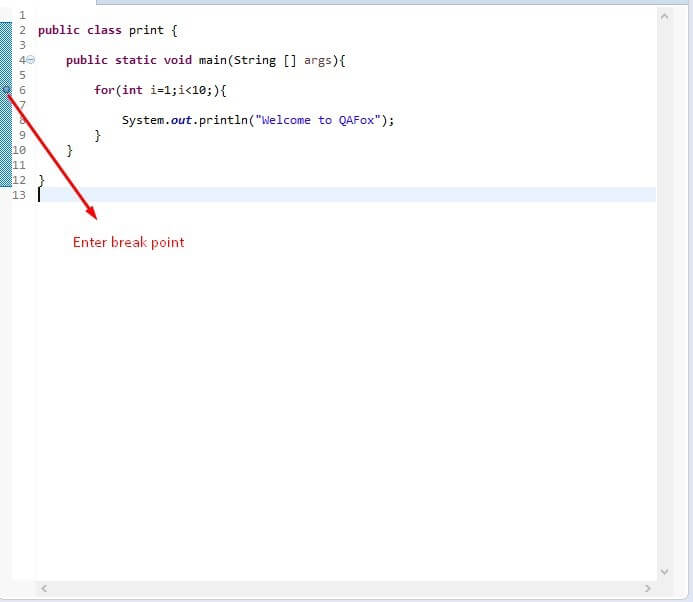 5) Developer clicks on the ‘Debug’ icon to switch from development mode to debug mode as shown below:

6) After switching to the Debugging mode, the developer clicks on ‘Step Into’ option to cross check each and every line in the code following the break point set in the above step, as shown below:

This is how the debugging process will be done. I have taken a very simple example though. In real time, this will be a tedious process for the developers to fix the defects by debugging.

Now, the ball will come to Testers court, where the Tester need to recheck the reproducibility of fixed defect. If the defect is reproducing again, he will report to the developer again until it gets fixed.

Hope, it is now clear on “What is Testing?” and “What is Debugging”.

About Me > Sandeep Patil

Selenium Interview Question 33 – What is an Absolute XPath? Write its syntax?

Selenium Interview Question 34 – What is a Relative XPath and its syntax? How to apply for ISTQB Certification? ISTQB CTFL – What is Software Testing and its Objectives?